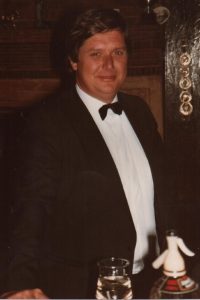 It is with deep regret and sadness we announce the death of Old Owens Association member, Old Owenian (1960-66) and Old Owens Cricket Club legend & stalwart Keith Freeman who passed away in Barnet Hospital on Saturday 20th October 2018 after a bout of illness.

Keith captained the 1st XI from 1980-1990 and was an opening bowler who took many wickets with his ‘slingy’ action especially on bouncy wickets. He was also an aggresive batsman batting from any number between 1-5 whose favourite shot was the cover drive. His favourite fielding position was in the Slips where he made catches look easy.

During his time with the Cricket Club, Keith held many other roles i.e. Club Captain, Secretary, Treasurer &  Vice President.

Keith was a jovial character, very witty, generous, a good raconteur & quite easy going unless you upset him. His favourite drink at the Bar was a ‘Double Gin & Tonic’.

After his playing days finished Keith was an avid supporter of the Cricket Club and would come every week when available and watch all the Owens teams playing at Coopers Lane.

Keith will be missed by everyone at the Cricket Club & condolences go out to his wife Nobuko, children Lisa & Neil, grandchildren & other family members.

The Funeral details are as follows:

For Memorial Contributions to the British Heart Foundation in memory of Keith visit https://www.justgiving.com/fundraising/in-memory-of-keith

It is with deep regret and sadness we announce the passing of Ken Southgate on 2nd July 2018.

Ken was a stalwart of Old Owens Cricket Club playing for the 1st XI and then captaining the 2nd XI for a number of years and was a very capable swing bowler who took many wickets for the Club .

The Old Owens Association would like to send sincere condolences to Jodie, Jamie, David and the rest of the family for their sad loss.

The family would like to invite everyone who knew Ken to give him a well deserved send off and to celebrate the life of a’lovely’ man (The family have also asked that attendees to the Funeral should wear Casual or Smart Dress but preferably not Black).

The details are as follows:

It is with deep regret and sadness we announce the passing of Tony Lane on 28th May 2018.

Tony is the father of Tim Lane (Chairman of the Old Owens Association) and his siblings Danny and Sarah.

Tony would often be seen at the Old Owens Sports Ground over many years watching the Cricket, especially when both his sons Tim and Danny was playing together for Old Owens 1st XI and he would entertain everyone with his charm, wit & knowledge of the game. He also umpired many matches at Old Owens.

The Old Owens Association would like to send sincere condolences to Tim, Danny, Sarah and the rest of the family for their sad loss.

The family would like to invite everyone who knew Tony to give him a well deserved send off and to celebrate the life of a’lovely’ man.

The details are as follows:

As at 14th June 2018 the total donations received so far is £4,859 with a target to be attained of £9,600. Work has commenced from the donations and the large Pavilion Windows and Back Door adjacent to the Car Park have been replaced, Donations are still required to complete the project.

See below the latest pictures of the refurbishment (click images to expand):

Please see below the ‘Appeal Notice’ sent out for donations with regard to the refurbishment of the Old Owens Association and Sports Club Clubhouse situated at Old Owens Sports Ground, Coopers Lane, Northaw, Potters Bar, EN6 4NF.  Also shown below are pictures of some of the Clubhouse windows needing repair.

You may not realise that this Clubhouse was built 32 years ago, and is in urgent need of some refurbishment with regard to windows replacement and toilet areas.

We have managed to obtain quotes to carry out these works, at extremely beneficial rates which need to be taken advantage of.

The Old Owens Association currently do not have the funds available to pay for all these works. We therefore ask that if a greater number of people do just a little, the refurbishment can be achieved very quickly and to everyone’s advantage.

These works will make the Clubhouse, modern, brighter, quieter, pleasant, heat efficient and more secure for all of us.

We will be carrying out various fund raising activities and functions to help raise funds, and many members have pledged to donate sums to the appeal.

If you would like to make a donation (however small) to the appeal, you can make a bank credit transfer to:-

Please use your “Surname” and “Windows” as a reference.

Alternatively you can make a cheque payable to Old Owens Zoo Club (windows), and give to John or Lynn at the bar and all funds raised will be published on the notice boards and website (www.oldowens.com), as we progress.

Thanking you in anticipation of your support. 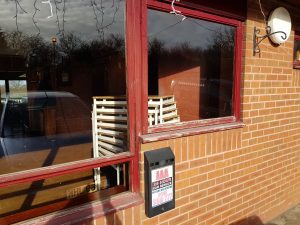 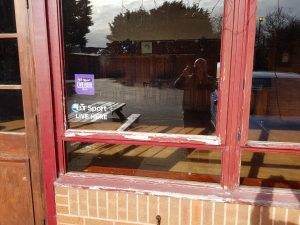 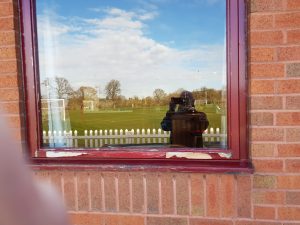 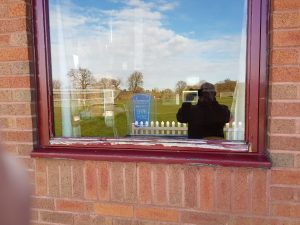 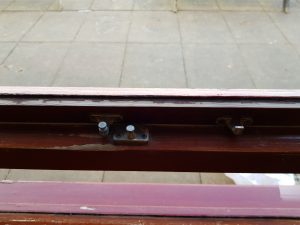 It is with deep regret that we announce the passing of Geoffrey (Geoff) Mather on the 7th January 2018 at a hospital in Norwich after a bout of illness. Geoff was a former pupil at Owens School in Islington whose school years were 1954-60 and he was also a Life member of the Old Owens Association.

The Association would like to send sincere condolences to wife Jane and the rest of the family. If anyone wishes to contact Jane or send their condolences, her address is 45 Christopher Close, Northrepps, near Cromer, Norfolk, NR27 0GA.

Details of Geoffs’ Funeral received from his wife Jane & family are as follows:

We fully appreciate that some people live many miles away from Cromer and we do not want anyone to feel under obligation to attend.  Those who do will be made most welcome and we ask that those who are unable to attend raise a glass at 3pm to celebrate Geoff’s life. We would like the occasion to be a celebration of the life of a lovely man who would not have wanted anyone to be sad.  Geoff himself always enjoyed the company of his many friends and loved a party.

We ask that no one sends flowers and, that anyone who wishes to, makes a donation to:

We would like to thank everyone who has telephoned, sent messages, emails, cards and flowers – please believe that all these things do help.

It is with deep sadness that the Old Owen’s association report the death of Old Owenian JOHN LEVY also known as ‘Jack’ Levy, who sadly passed away on Friday 27th October 2017.

Jack’s daughter Ruth Tofield is keen to pass on Funeral details to any of his contemporaries or others who might know him.

The Funeral is Monday, 6th November 2017 at 1 p.m. at Edgwarebury Cemetery, Edgwarebury Lane, Edgware, Middlesex, HA8 8QP and after the service at The Manor Hotel, Barnet Lane, Elstree, WD6 3RE, where you can join Jack and Sheila’s family and friends for refreshments and reminiscences.

Old Owen’s Association would like to send their condolences to the Levy family and hope the day goes well. 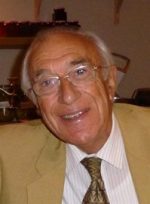 We are sad to announce that John (Jack)Levy OBE, Emeritus Professor of City, University of London died peacefully after a short illness on 27th October 2017, aged 91.

Professor Levy was a pupil at Dame Alice Owen’s School in Islington from 1937- 1943 and graduated from Imperial College in 1946. He achieved his Masters Degree in 1954 at the University of Illinois under a Fulbright scholarship and returned to London to complete his PhD.

From 1966 to 1983 he was Professor and Head of Mechanical and Manufacturing Engineering at City University, London. During this time he was also a consultant to Shell International Marine on shipping structures.

From 1983 to 1990 he was Director Engineering Professions at the newly formed Engineering Council UK. After 2000 Professor Levy was managing director of Levytator Ltd, formed to exploit an advance in escalator design in which he developed a multi-curving escalator called ‘The Levytator’.

The Levytator is the world’s first escalator capable of following freeform curves.
See Levytator at https://www.youtube.com/watch?v=iC_se2zrmLM.

Jack Levy other achievements were as follows:

Jack will be greatly missed by his wife of 65 years Sheila, his three children and seven grand children along with many family and friends.

Donations if desired may be made to Kidney Care UK in memory of Jack Levy at www.Justgiving.com/jack-levy.