The facilities for Cricket at the Old Owen’s Sports Ground consist of 2 cricket squares which are meticulously looked after by our groundsman and both are covered in adverse weather conditions. Facilities also include newly refurbished changing rooms in 2017 and a fantastic Clubhouse equipped with Bar, Lounges, TV’s and a Function Room.

The Old Owen’s Cricket Club have 3 Saturday XI’s that will play in season 2019 in the Saracens Herts League (www.hertsleague.co.uk) in the Championship, Div 7A and Div 10B respectively.

It was a successful 2018 season for the Cricket Club as the 1st XI, a young team, finished as Champions in Division 1 and will play in the Championship, the highest the Club have ever reached in the League.  The 2nd XI finished 6th in Division 7A, a notable achievement considering availability issues throughout the season. The 3rd XI finished 2nd in Regional A East and are promoted to Division 10B.

The League season starts at the beginning of May and finishes in early September for all teams. League fixtures normally start at 1 p.m. and consist of both limited overs and timed matches.

Winter indoor nets will commence weekly from Thursday 31 January between 8-9 pm at the University of Hertfordshire, De Havilland Campus, Mosquito Way, Hatfield AL10 9EU, after which Outdoor Nets will be available at the Ground on Thursdays during the season (dates to follow), starting from 6.15 pm onwards (All are welcome).

If you are interested in playing, have any enquiries or would like to come and check out the facilities, please contact any of the following personnel:

Other Community Cricket Clubs also use the facilities for playing on Saturday, Sunday & Midweek when not used by Old Owens.

To keep up-to-date with the progress of our Cricket teams go to www.oldowenscricketclub.co.uk, www.hertsleague.co.uk and Old Owens Play Cricket website.

For news and reports of events, please keep checking back to this page. 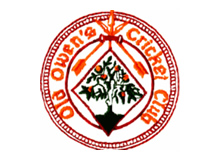 It is with deep regret and sadness we announce the passing of Ken Southgate on 2nd July 2018. Ken was a stalwart of Old Owens Cricket Club playing for the 1st XI and then [..]
read more »

It is with deep regret and sadness we announce the passing of Tony Lane on 28th May 2018. Tony is the father of Tim Lane (Chairman of the Old Owens Association) and his siblings [..]
read more »

OLD OWENS CRICKET CLUB will again be touring Norfolk in 2018 from the 27th May to the 29th May. The party will again be based at the Wensum Valley Hotel and Golf Club and [..]
read more »

Old Owen’s Cricket Club commenced the start of the Saracens Herts League for Season 2017 on Saturday 6th MAY 2017. ** The 2017 Season finished on Saturday 2nd September ** The Results for Saturday 2nd [..]
read more »

A date for your Diary: Owens School are playing Aldenham School in a Cricket Match in the National Cup [..]
More info