The facilities for Football at Old Owen’s Sports Ground consist of 4 football pitches which are meticulously looked after by our groundsman. Facilities also include newly refurbished changing rooms and a fantastic Clubhouse equipped with Bar, Lounges, TV’s and a Function Room.

Old Owens Football Club has 4 Teams (1st XI to 4th XI) that play on a Saturday afternoon in their respective divisions of the Southern Amateur League and an Old Owens Veterans XI (over 35) that are only playing in Cup competitions on a Sunday.

The Saturday teams also play in the AFA Cup, SALC and the Old Boys Cup depending on what division they are in.

If you are interested in playing for the Club, please contact Club Chairman, Paul Kennedy on email: paul607kennedy@btinternet.com or Club Captain, Graham Pressney on email: graeme.pressney@astute.co.uk.

Other Community Football Clubs also use the facilities regularly on Saturday and Sunday, if pitches are not used by Old Owens teams.

To keep up-to-date with the progress of our football teams go to www.oldowensfc.com. For news and reports of events, please keep checking back to the website. 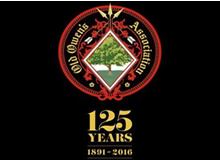 OLD OWEN’S VETS have completed and been very successful in their first season in the Barnet Sunday League by winning all the Vets Competitions that they entered. Congratulations to the Team ably led by [..]
read more »

All England World Cup matches are being shown in the Clubhouse at the Sports Ground. Reserve a table/space for [..]
More info